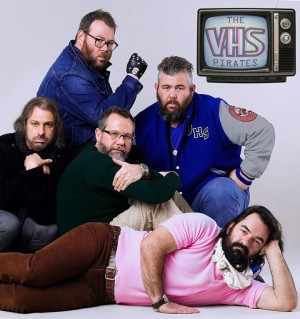 Presented by The Rechabite

Some of WA’s finest musicians have joined forces to bring you a show like no other, awesome theme songs from the 80's films you love and guilty pleasure Yacht Rock goodness from the 70's and 80's - All backed by big screen visuals!

VHS PIRATES - Get ready to hit rewind and revisit the greatest movie songs from the films that defined an era, as The VHS Pirates smash out the big hits from Dirty Dancing, Back to The Future, Ghostbusters, Top Gun, The Karate Kid, Labyrinth and more!

MORE THAN A FEELING - A nostalgic rewind to the greatest Yacht Rock and guilty pleasure tunes of the 70's and 80's, More Than A Feeling pay tribute to some of the greatest tunes ever written from Phil Collins, The Doobie Brothers, Little River Band, Toto, Christopher Cross, Hall & Oats and more!

Praised for their authenticity, dedication and musicianship, The VHS Pirates & More Than A Feeling deliver a powerhouse performance!

Both bands will perform a 60 min set.