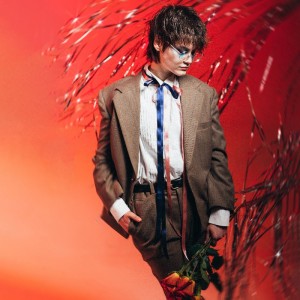 'DANCE THROUGH THE NIGHT' Single Launch

A community minded queer prom event. Come best dressed for the prom of your dreams, the prom you never had, and celebrate our community!

Perth act Priscilla have only been out and releasing music into the world since 2018, but have already been referred to as “the Electro-Pop sound of the future” (Max Lewis - Purple Sneakers). With the sole purpose of moving you with passionate lyrics, hitting you with harmony and making waves with endless breakneck bops; Hayden from Pilerats will tell you “Priscilla's swirling melodies have won us over time and time again.”

This WAM nominated act (2019, 2020) began with a love for synthesisers and major chords, but quickly gained a reputation on both West and East coasts for thoughtful lyrics, dance beats, sparkly production and their positive LGBT representation. Backed by music described by Declan Byrne on triple j Home and Hosed (about one of their latest releases Feeling Higher) as pop music that’s “glittery but then hits with a huge, huge monsoonal force.”

2019 proved to be another big year for Priscilla with their release ‘Follow’ landing a prime slot on Spotify’s “Out Now Playlist” in both the “PRIDE MONTH” and “Featuring Wrabel” edition, still going 3 months later! Not to mention a cheeky feature on ABC’s Rage for the ‘Follow’ video clip released early August.

Dance Through the Night is a culmination of almost a year of reflection and studio development on their sound for the future. Packed with addictive hooks, the duo say this is only the beginning as all they plan on continuing to drop “addictive synth-pop sound comparable to names like Kimbra and Janelle Monae with thick, synthy productions and [the] gliding vocals” (Pilerats) and light up the brightest stages across the country with more releases planned for late 2021 & early 2022.

Come and celebrate their new single on Saturday October 16 at The Rechabite Main Hall with live music from Joel Davis, Anesu, Lo and Priscilla, drag and dance performances from Miss Phoria, Tootsy Roll and Serenity, and tunes to keep you boogying into the night by House of Bok DJ's.

This event will be prioritising the safety of First Nations, Bla(c)k, POC, and Queer folks. Any antisocial or discriminatory behaviour will not be tolerated.

Photograph of P, member of the band Priscilla standing faced to the camera with their head turned to the side. They are wearing a brown suit with a white shirt underneath. Around their neck are two ribbons tied as floppy bow ties. One ribbon is dark blue and one is pink. They are holding a bouquet of red roses in their left hand, and their right hand is in their pocket. They have white skin, short brown hair and are wearing round silver glasses. They have blue eyeshadow under their eyes and are standing in front of a red gradient background with silver sparkly streamers flowing in the wind behind them.