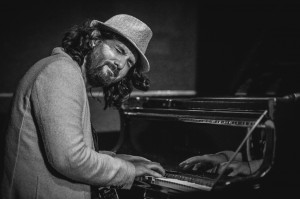 Now based in the US, Tal Cohen's unique piano style owes its roots to the Jewish folk songs and classical music he played in his formative years growing up in Gedera, Israel. He graduated from WAAPA in 2008 and immediately began accumulating awards and prestigious performance opportunities. He was the 2015 winner of the Freedman Fellowship Award and in 2014 won the Barry Harris Piano Competition in the US. He has become a regular performer with iconic jazz figures such as Terence Blanchard and Robert Hurst and continues to tour the world performing his unique brand of improvised music.

“Tal Cohen is among the best of a very few young inspired pianists I’ve encountered in my travels. Tal’s playing is full of passion, focus and creativity. He was a joy to share the stage with.” – Joe Lovano