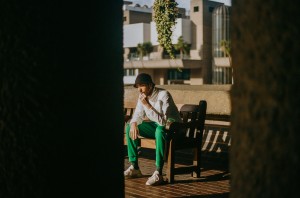 It’s our final gig of the Summer and we’re not holding back as we takeover The Rechabite for a multi levelled affair. From deep in the basement of the GoodWill Club to the Main Hall we’ve got a stacked lineup of selectors to keep you locked in for the evening...

Part of the recent renaissance of young French House and Disco producers, Folamour is an artist with a deep love for all music. His passion is demonstrated across the many edits, remixes and original records he produces.

After earning his stripes behind the decks in his home country, he quickly took to lighting up dancefloors across Europe and the rest of the world. The past 12 months have seen him play at revered venues such as London’s Corsica Studios, Rex Club in Paris and festivals such as Dimensions, Nuits Sonores, Lost Village and many more. Folamour truly made his mark in 2017 with the arrival of his debut album Umami. A joint affair between his former label Moonrise Hill Material and Luke Solomon’s Classic Music Company, the record was critically acclaimed, including instant hits ‘Devoted To U’ and ‘Ivoire’, and was streamed over 1 million times within its first 12 months. In 2018, off the back of his album success Folamour put his touch on remixes for legendary artists such as Tony Allen and Nightmares on Wax.

Please respect the space and each other, bring good vibes, love and be ready to dance into the night.