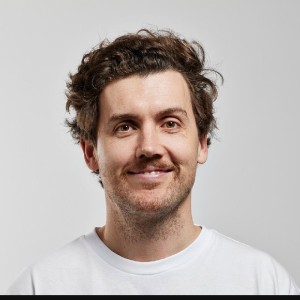 Award-nominated stand-up comedian Daniel Connell (as seen on the Melbourne International Comedy Festival Gala, and Kinne Tonight) brings his new show Gutless Wonder to Perth for one night only.

Despite the pandemic, 2021 was a huge year for Daniel, he made his third appearance on The Gala, sold out his entire run at the Melbourne International Comedy Festival, and announced his first Australian tour.

In 2022 Daniel made his first appearance on the Opening Night Allstar Comedy Supershow (ABC), and again sold out his entire run at the MICF performing this exact show.

Don't miss out on this show! Grab your mates for a guaranteed night of laughs.

"Connell has mastered the art of dry, observational humour. He takes the monotonous and transmutes it into artful anecdotes and raucous punchlines as if he were crafting comedy origami" The Age

Age Suitability: 15+, Minors must be accompanied by a legal guardian at all times.