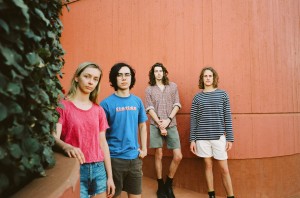 Just after wrapping up our WA regional tour, we’re stoked to announce a run of intimate shows in venues around the Perth metro area. Joined by special guests Haircare - see you out there!

From backyard barbecues to the stages of Splendour In The Grass and Laneway Festival, Perth four-piece Spacey Jane have forged a lightning path across the Australian music scene in the last few years.

Teaming off-kilter guitar riffs with infectious melodies and a sweat-worthy live show, the band have unleashed the hugely popular singles “Feeding The Family”, “Skin”, "Good Grief” and “Good For You”, the latter landing at #80 in triple j’s Hottest 100 of 2019. With several sold-out Australian tours under their belts, Spacey Jane released their eagerly awaited debut album ‘Sunlight’ in June via AWAL Recordings - debuting at #2 on the ARIA album charts, and #1 on the vinyl charts.

So much has happened, yet it’s really only just begun.