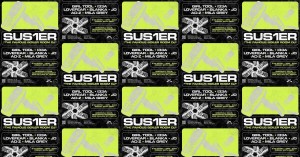 Each Don’t @ Me event will have a different special guest who will showcase their style and influence the flavours of the night.

Our special guest for the fourth instalment of our event series is ...


SUS1ER (‘sus-one-er’) is a fresh, exciting producer based in Perth, Australia. His raw production spans across all ends of the electronic music spectrum which has given his following a refreshing look in to various styles.

His earlier productions show his inspiration from hardcore sounds such as Trance, Gabber and Breakcore which accelerated his popularity significantly. So much so that he was approached by Boiler Room to be apart of their Hard Dance mix series. This gave him the opportunity to showcase his love for those harder genres. His recent sound has evolved to fit more with a club environment, from reconstructed EDM favourites to Baile and Jersey Club originals. His debut EP will be released in October.


Support from (in alphabetical order)


Entry is via the laneway to the rear of the building, off Francis Street next to the CPP Carpark.

Don’t @ Me is a party for everyone. We encourage free and open expression. Please respect others and their boundaries.

We acknowledge the traditional owners of which this event is taking place on, the Whadjuk people of the Noongar nation.
We acknowledge their elders past, present and emerging and the continued contribution they make to culture and land.
Sovereignty has never been ceded.