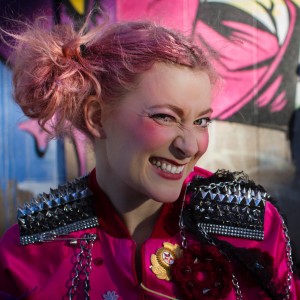 "Twilight Zone meets Studio Ghibli" The List
"...a refreshing piece of naughty fun as far removed from the heavyweight perceptions of South African theatre as you can get." ★★★★ The Herald, Edinburgh Fringe Festival
"Kahn is brilliant. I came away with my mind slightly blown." Annie Lennox